First, what is a bubble? A bubble is when assets prices are unreasonably priced over the current and plausible future intrinsic value of the asset.

One of the earliest and most famous bubble was called the tulip mania during the 1600s, where the prices of a couple tulips were so inflated it could buy an entire castle. Tulips were a rarity back then due to the amount of time and precise climate required to grow a tulip. Because of this rarity and unique appearance, the tulips were seen as a highly sought after luxury item. “Broken bud” was a tulip with firey streaks in the pedals of the flower, giving a unique flower an even more unique look. These kind buds were the rarity of the rarity and this caused even more demand. Such high demand caused many speculators to join in to make a quick buck by buying buds and reselling them at an increased price. Soon more and more speculators joined in and bought in at hugely inflated prices with the expectations of selling at even more inflated prices. This bubble ultimately popped in 1937 and caused many speculators who bought the buds to lose enormous amounts of money.

Now lets take a look at the current stock market. 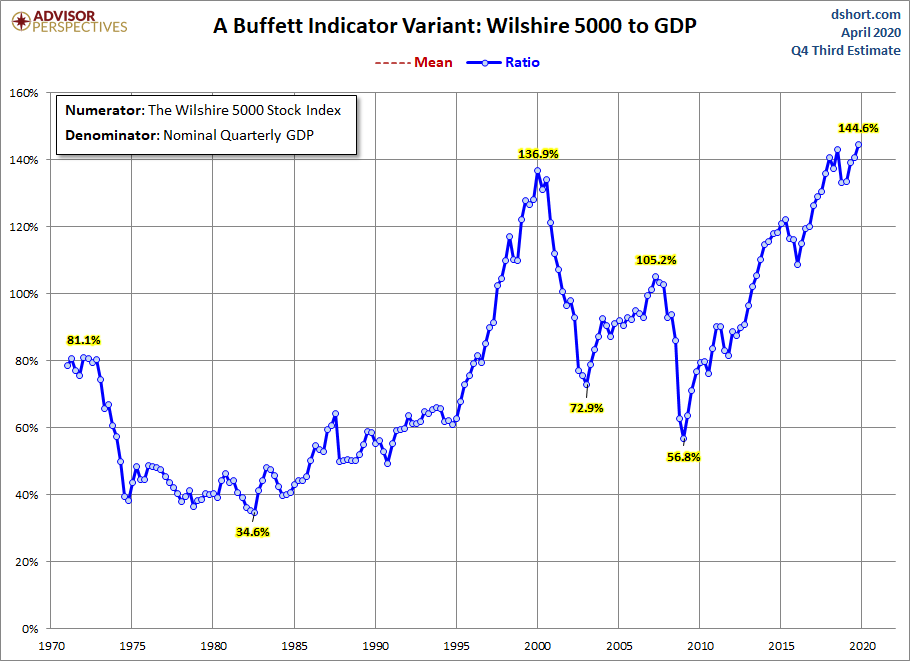 The Wilshire stock index measures a weighted average of markets valuation of 5000 publicly traded companies. The Gross Domestic Product or GDP is the monetary value of all finished goods and services made within a country during a specific period. The GDP is a good evaluation of the economy and the Wilshire stock index is a good measurement of how investors believe the future of the economy will be.

In the chart below historically the ratio of the two is around 34~81% with a peak of 136% during the 2000s and the current all time record high. During the 2000s was the famous dot com bubble. Investors were hysterically hopeful of the power of the internet and threw money at any company that had anything to do with tech.

This resulted in a 50% crash of the entire market in two years. The current all time high level of 144% is an indicator that compared to the GDP, the stock market is in bubble territory. This chart is not completely up to date because with the recent coronavirus, the GDP shrunk 4.8% while the stock market is making all time highs. This pushes the ratio even higher than the already elevated levels.

One can argue that since the stock index measures the impression of the future, what if unlike previous times, this time the future has an unusually large amount of growth potential and that causes the Buffet ratio to be so high? To see why the ratio is increasing so drastically, lets take a look at another chart. 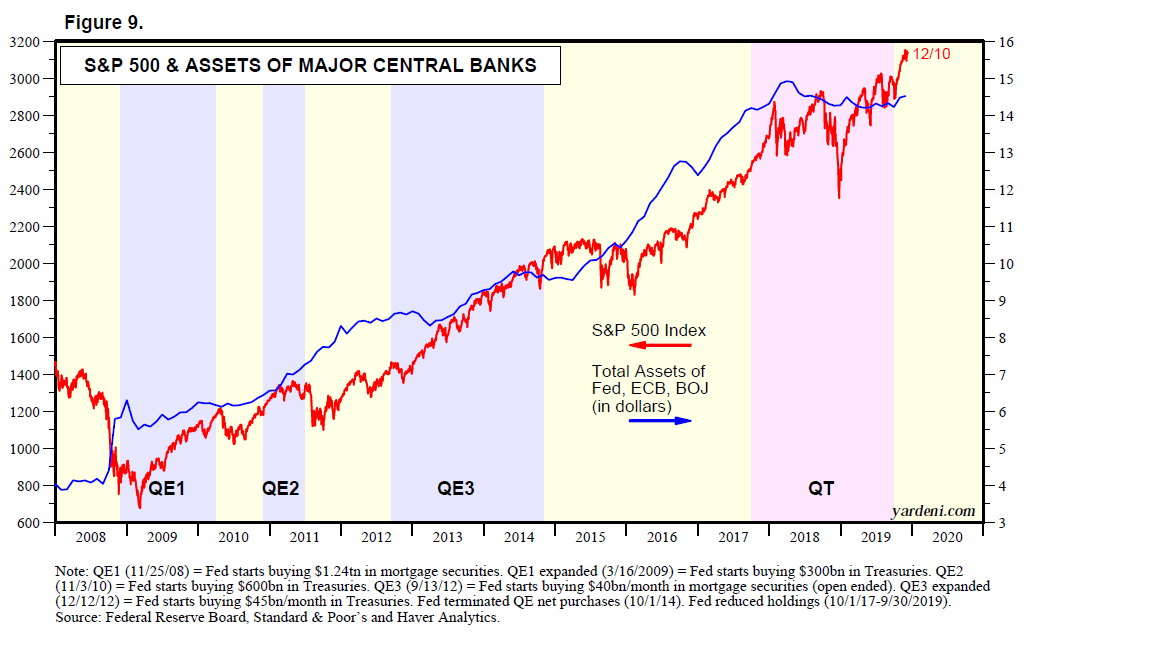 After the 2008 financial crisis the Federal Reserve, started a new policy called quantitative easing aka. QE where the fed prints out money from thin air and purchases assets to inject liquidity (in this case, cash) into the system. This chart shows two lines, the blue line is the total amount of assets purchased through QE from Major central banks and the S&P 500 (A stock market index fund). Though not perfect, there is a strong correlation between the two. Everytime QE increases, the S&P increases soon after. It is also widely known that an injection of liquidity will cause an increase in asset price. The rise in the stock market can at least be partially attributed to QE rather than a high expectation of growth in the economy. This suggests that the stock prices are pumped up much higher than its organic valuation, which very closely fits the definition os a bubble.

These two graphs don’t show the complete picture of the economy but they are some red flags that should be looked into. And as to whether the stock market is in a bubble, these two charts suggest it is, but with the intense backing of the federal reserve, the pop might not happen anytime soon.

Stuff on my mind